With current estimates suggesting the global population’s set to hit 9.7 billion over the next 30 years or so, Sarah Collins discusses agricultural technology and the necessity for new and innovative tools, methods and approaches.

Agriculture is one of the oldest and most critical industries in existence. It’s no exaggeration to say that our lives literally depend on it. With current estimates suggesting the global population’s set to hit 9.7 billion over the next 30 years or so, agricultural technology is, by necessity, constantly pushing for new and innovative tools, methods and approaches. 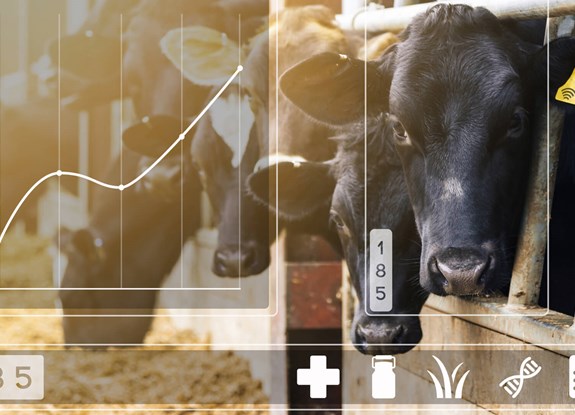 Resources and farmland are finite, so the agritech industry will only rise in importance with time. Efficiency, yields – and yes, profitability – all have to be boosted to accommodate the escalating demands we’re placing on the agricultural sector. “Smart farming” techniques from drones and robots to software and Big Data are increasingly stepping up to meet the challenge. At the same time, those same tools and technologies are working to tackle poverty and even starvation among some of the world’s poorest and most vulnerable people.

One of the difficulties of innovating in agriculture is that it can take a long time to determine whether your new ideas will bear fruit, literally or figuratively. The role of agricultural technology goes far beyond the basic counting and weighing that goes on at the end of the production cycle.

At every stage of crop production, agritech is finding a role. That role, for example, could come in the form of monitoring the acidity of the soil or other environmental factors such as humidity and the availability of water and light.

Getting this information in real-time allows for a much more agile agricultural industry, able to make on-the-spot adjustments and corrections, and potentially avoiding major problems. Field sensors, drones and even simple software apps are making these measurements and adjustments possible across the UK’s farming businesses, simultaneously boosting both the productivity and the efficiency of the entire process. Innovative agritech can help control pests, manage vast amounts of data and help put all that information to the best possible use.

Drones, as in several other major industries, are among the most visible innovations currently shaking up the sector. Just as they found their place in construction in the remote surveying of sites, in agriculture they’re conducting complex, multispectral imaging scans and building detailed GPS maps. They’re instantly uploading the records they gather and even crunching the numbers into useable information with their own data management systems.

What’s more, many of them are capable of doing all this with no real human interaction from the moment they take off to the moment they land. On top of that, self-steering farm vehicles are able to take that information and translate it into optimal routes and payloads for “smart” field sprayers featuring advanced camera and Artificial Intelligence technologies.

With the pressure on to reduce the overuse of herbicides throughout agriculture and slow the rise of toxin-resistant weeds, the ability to precisely identify and efficiently target weeds is a significant step forward. Entire fields can be micromanaged in a single sweep, with just milliseconds taken to recognise and precision-spray an individual weed.

Naturally, there’s a lot more to agritech than flying robots and driverless tractors. Innovations in software and biotech are shifting the whole industry in a more efficient, more connected direction. Modern methods are capable of creating harmless microbes that grow alongside crops to help them better absorb nutrients, raising crop yields by as much as 50% in tests. Genetically modified strains of staple crops like rice can be designed to be more nutritious, attacking vitamin deficiencies for millions of children in developing countries.

Crucially, ideas drawn from nature itself can be used to address agricultural problems in low-impact, high-efficiency ways. Pollination innovations that employ commercially produced bees in place of artificial methods have been noted to result in a 20%-30% increase in yields and fruit weight, encouraging even greater R&D research into supporting bee populations and reducing potentially harmful pesticide use.

Hydroponics farms, for instance, need no soil to operate, bringing down the sheer amount of land typically required. They also suffer less from invasive pests, diseases and other environmental factors that tend to plague traditional outdoor farms. Of course, since they require a lot of energy to run, a great deal of R&D goes into building efficiency into their design. Despite the challenges involved, hydroponic and “vertical” farming technologies have a number of significant advantages over traditional set-ups – not least of which are the ability to farm in a much wider variety of environments and the accompanying reduction in transportation costs required to get the produce where it’s needed.

With well over 50% of the global population living in urban areas, and that number set to hit 66% by 2050, the continued development of vertical farms alongside traditional agriculture is a pretty safe bet. 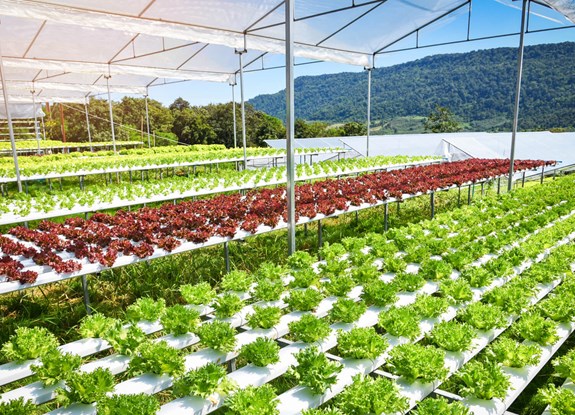 Looking to that future farming world of 2050, it’s a reasonable assumption that agriculture will see much the same kinds of shifts as other industries – albeit with perhaps a little more urgency than some. Automation is a powerful force when used correctly, and it has a wide range of applications in farming.

Robotic seed sowers and crop harvesters are some of the more obvious examples, but the nature of innovation is that so much of it takes place “underground”. The entire industry is gearing up to be more sustainable and productive, and ideas from other forward-thinking sectors are working their way into the system. Even the headline-grabbing “blockchain” used in the cryptocurrency field is making its presence felt in agriculture, from helping connect farmers with consumers in peer-to-peer networks to using digitised registries to settle disputes over land.

If necessity really is the mother of invention, then agritech is the purest and most pressing proof. By moving toward a more plentiful, profitable and sustainable model, agriculture is literally sowing the seeds of the future for all of us – and that’s why RIFT continues ploughing ahead to help the sector reap its rewards.

Get credit for your business innovation in these challenging times with research and development tax credits claim assistance from RIFT. Find out more about agriculture R&D tax credits, deep dive into the world of business innovation with our other insights, or contact RIFT R&D today to find out how we can maximise your benefits.

Keep up to date with the latest in the world of innovation and R&D!

Manufacturing is looking to re-ignite itself but putting people to work potentially means putting them at risk, and employers in every industry are being forced to make difficult decisions about how to proceed. Manufacturing may be essential – but so is protecting a vulnerable workforce from a disease with neither a cure nor a vaccine on the visible horizon.

Telehealth is still a young field, so it’ll be a while before we get a really clear sense of the long-term impact it’ll have on medical care in the UK. With the ongoing COVID-19 crisis driving the need for reduced face-to-face time in virtually every walk of life into sharp focus, however, we’re on a steep learning curve.